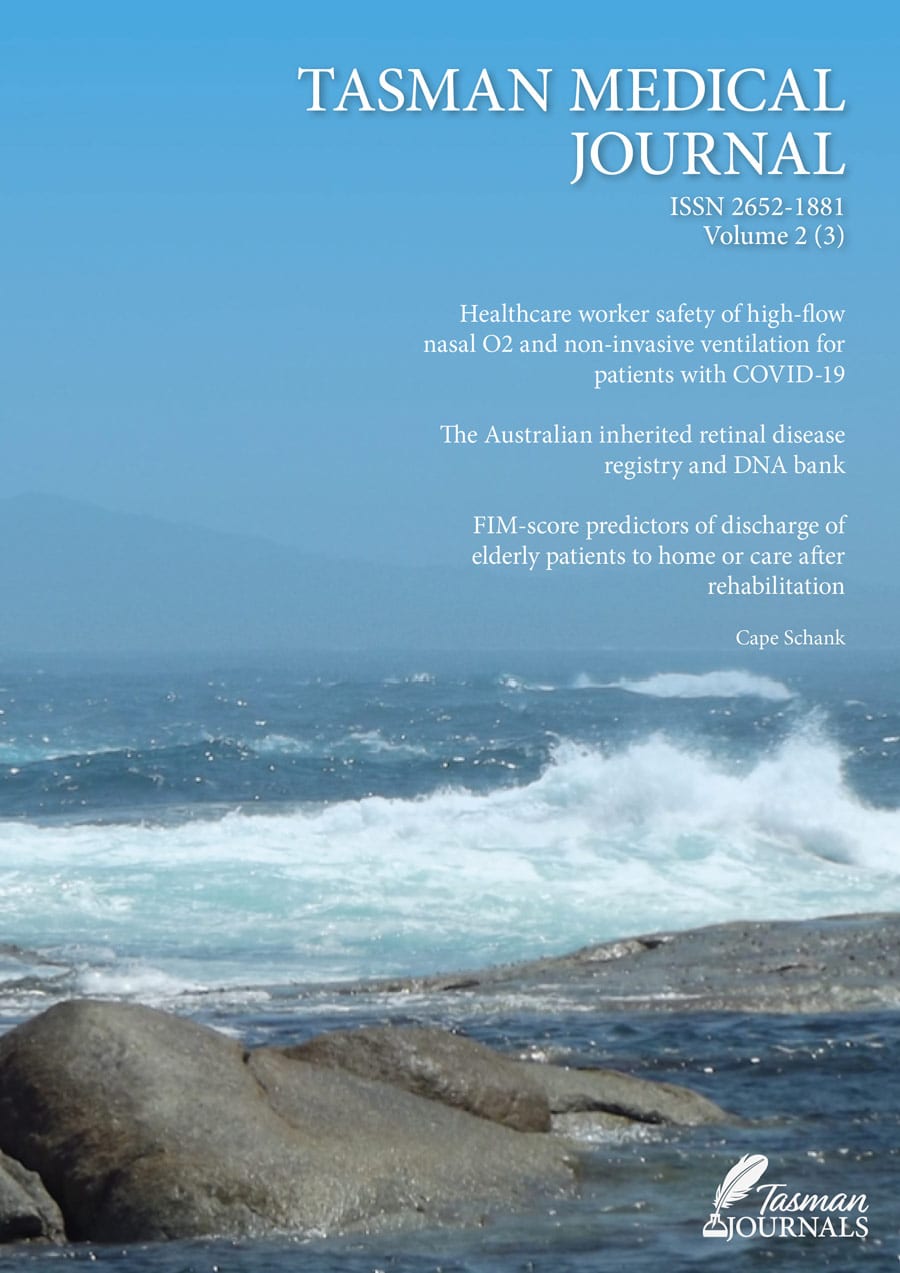 Healthcare worker safety of high-flow nasal oxygen and non-invasive ventilation use in COVID-19 patients: a systematic review and meta-analysis

Methods We reviewed available literature pertaining to safety of NIV and HFNO for HCW caring for patients with acute coronavirus infections, including COVID-19. Ovid MEDLINE and Embase were searched for the period 1 January 2003 to 22 May 2020, identifying 1095 articles with search terms relating to ‘NIV’ or ‘HFNO’ and ‘coronavirus’. Twenty-four studies satisfied the inclusion criteria.

Conclusion Available evidence is generally of poor quality but suggests that NIV, but not HFNO, may increase the risk of coronavirus transmission to HCW.

Background: Inherited retinal disease (IRD) is the most common cause of blindness in adult Australians. With the emergence of personalised gene-specific and variant-specific treatment trials and the 2017 release of the first accredited IRD gene-specific therapy, it is increasingly important to establish repositories of genetic data from IRD patients, including genetic analyses outcomes. This paper describes an Australian data repository and its contributions to research and patient management to date.

Methods: DNA was collected from WA participants from 2001, and the activity was extended Australia-wide in 2009. Family and clinical information was collected by interview, and by examination of medical records.

Main Outcome Measures: The main outcome measures were the number of DNA samples collected, number of genetic analyses carried out, number of families for which a causative gene was established and number of research diagnostic genetic reports provided to ophthalmologists and clinical geneticists.

Results: DNA has been obtained from 7275 participants from 2239 families, and 3827 genetic analyses have been carried out on DNA from 2646 participants from 1001 families. Eight hundred and twenty-eight participants sourced from 491 families had a causative gene identified. Research diagnostic genetic reports were provided to 1037 ophthalmologists or clinical geneticists.

Conclusion: This resource is a valuable tool for identifying cohorts of participants affected with an IRD suitable for personalised clinical trials or treatments, for research purposes and for facilitating informed genetic counselling.

Objectives: To determine which dimensions of functional independence measure (FIM) scores or patient characteristics were associated with the possibilities of returning home or being admitted to a nursing home.

Design: Retrospective study of admissions and discharges by FIM score.

Setting: Clinic for acute geriatrics and rehabilitation at public hospital.

Participants: 1727 patients of rehabilitation and acute geriatric treatment over a period of 6.5 years.

Conclusion: Generally, total FIM scores on admission discriminated best between being discharged to a nursing home or to the community. Other factors were motor FIM score, the motor FIM subscore for intimate hygiene, and the cognitive FIM score. Tasman Medical Journal 2020; 2: 68-73.