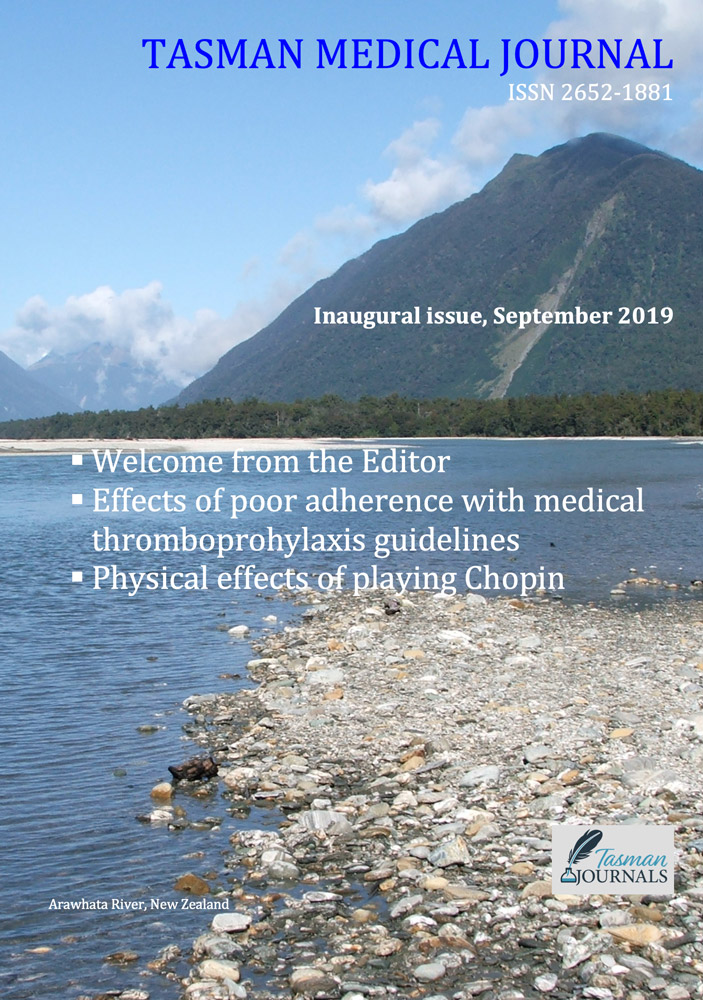 Is Chopin Responsible For My Cervical Radiculopathy?

Background:  Medical thromboprophylaxis (MT) guidelines are poorly adhered to in practice.  However, the guidelines have been criticised, and prophylaxis carries a risk of major haemorrhage.  Non-adherence will cause the benefits of prophylaxis to be forfeited but the bleeding risk with anticoagulation will fall.  The net effect has not been studied.

Methods:  Using a validated spreadsheet model amended for non-adherence, I estimated the effect of non-adherence with MT guidelines on the annual Australian incidence of clinical deep venous thrombosis (DVT), pulmonary embolus (PE), fatal and non-fatal bleeds and fatal PE.  The model gave estimates obtained with current UK, Australian (2) and US guidelines and a further guideline proposed by the author.  Each guideline varies in the risk factors used to identify high-risk patients, and hence in their VTE risk.  As in a previous study, the model was populated with the clinical event data reported in the PREVENT trial.

Findings:  Non-adherence caused a proportionate increase in estimated VTE events including PE deaths compared to fully adherent prophylaxis, but this was offset by fewer major bleeds and fewer haemorrhagic deaths.  A net reduction in mortality was present at all levels of non-adherence.   The trends were most marked in guidelines with broad eligibility, as used in Australia and the UK.  The high incidence of bleeding and case-fatality rates for bleeding and PE found in the PREVENT trial also contributed, but the net effect persisted when independent literature values were substituted.

Conclusion:  The assumption that non-adherence with current MT guidelines will necessarily cause clinical detriment may be incorrect, especially in respect of guidelines that allow for broad eligibility.